October 11th, 2016 by stgeorgecriminal | No Comments

In 2003, Jimenez-Wiss pleaded guilty in justice court to her first DUI offense, a class B misdemeanor. She pleaded guilty again in justice court in 2008 to her second DUI offense, which resulted in a suspended fifty-day jail sentence. She did not pursue a direct appeal in either case. In 2012, she was arrested for a third DUI offense after sideswiping a moving vehicle. After this collision, she failed field sobriety tests and had a blood alcohol content of .33 grams of alcohol per deciliter of blood. Since she had two prior DUI convictions within the last ten years, the State charged her with a third degree felony based on a DUI Enhancement. 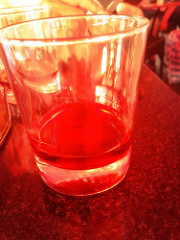 Jimenez-Wiss moved to strike the felony enhancement, arguing that her 2008 DUI conviction was obtained in violation of her right to counsel. She argued that the Plea Document demonstrated that she had not waived her right to have counsel present when she entered her guilty plea. On the first page of the form, she did not check whether she was represented by an attorney, whether she believed that she qualified for a court appointed attorney, or whether she wanted to waive her right to counsel. She also did not sign after the sections regarding waiver of counsel. On the next page, Jimenez-Wiss initialed next to the language explaining her right to counsel as well as next to each of the other enumerated rights. But she did not describe any reason for waiving her right to counsel, identify her counsel, or make any other indication that she was selecting one option over another. On the last two pages of the Plea Document, she checked the box indicating a guilty plea but did not provide any facts regarding the elements.

The district court agreed with Jimenez-Wiss that the missing signature on the first page of the Plea Document constituted some evidence that she did not waive her right to counsel knowingly and intelligently, thereby shifting the burden to the State to prove by a preponderance of the evidence that she had done so. It also reasoned that, since she had a Bachelor’s degree, she understood the Plea Document and knew that entering a guilty plea would waive her rights. The court also said that her final signature at the end of the document indicated an acceptance of the entire document. Therefore, the district court used her 2008 guilty plea as a prior offense for enhancement purposes, making her 2012 DUI offense a third degree felony. She eventually pleaded guilty to the third degree felony offense, reserving the right to challenge the district court’s enhancement ruling on appeal.

On appeal, this court reviewed the district court’s factual findings of enhancement for clear error and its legal conclusions for correctness. A prior conviction may not be used to enhance a criminal charge if that conviction was obtained in violation of the defendant’s right to counsel. This court explained that there were aspects of the Plea Document that gave rise to an inference that Jimenez-Wiss did not waive her right to counsel. The document provided three opportunities to specifically affirm that she waived her right to counsel, but she availed herself of none of those opportunities. The Utah Supreme Court has held that, “considering the strong presumption against waiver and the fundamental nature of the right to counsel, any doubts must be resolved in favor of the defendant.” State v. Pedockie, 137 P.3d 716, 725 (Utah 2006). The Plea Document was ambiguous as to her intentions with respect to counsel, and her failure to clearly express a waiver of her right to counsel raised doubt about her intentions. This court concluded that under Pedockie, it must resolve that doubt against waiver and decide that the State failed to meet its burden and the enhancement did not stand. This court vacated Jimenez-Wiss’s conviction on the 2012 charge and remanded this matter for further proceedings.