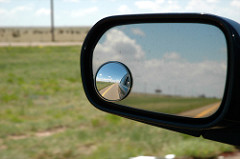 The Utah Supreme Court found that the DUI Metabolite law is constitutional.

Wyatt Jeff Outzen was charged with DUI metabolite because he fell asleep while driving and struck the back of another car. Utah Highway Patrol troopers did not find any contraband in Mr. Outzen’s car, but they did see and smell signs of marijuana; for instance, they noticed a lack of convergence in his eyes and green mucus covering his tongue. Mr. Outzen agreed to undergo field sobriety tests, and the result was that he was not too impaired to drive. However, his blood did test positive for the primary metabolite of marijuana.

Mr. Outzen was charged under Utah Code section 41-6a-517 with one count of DUI metabolite, driving with a metabolite of a controlled substance in the body, which is a class B misdemeanor. Mr. Outzen entered a guilty plea in Utah County Justice Court, and then appealed to the Fourth Judicial District Court for a trial de novo. He filed a motion to dismiss and argued that the plain language of section 41-6a-517 requires a showing of impairment and that the statute violates the U.S. Constitution. His motion was denied.

Next, the Supreme Court of Utah concluded that the DUI metabolite law, Utah Code section 41-6a-517, does not violate the U.S. Constitution. Mr. Outzen argued that the Code violated the Eighth and Fourteenth Amendments of the United States Constitution because it constituted a status offense under Robinson v. California, meaning that criminalizing an addiction does not punish a person for the use of narcotics, but rather makes the status of narcotic addiction a criminal offense. Imprisoning a person thus afflicted as a criminal inflicts a cruel and unusual punishment. The Outzen court explained that section 41-6a-517 does not criminalize the status of being addicted to a controlled substance; it criminalizes the act of driving while any measurable amount or metabolite of the controlled substance is in the driver’s body. Therefore, this Code section is not a status offense and does not violate the Eighth and Fourteenth Amendments. The judgment of the district court was affirmed.