Child Abuse and Spanking with a Belt Under Utah Law

Spanking with a Belt is not Per Se Child Abuse 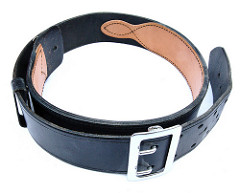 The Utah Supreme Court disagreed with a juvenile court’s ruling that any spanking or striking a child with a belt or object is per se child abuse.

In a juvenile court case, the parents had been accused of child abuse and neglect. As part of the adjudication of the case, the parties stipulated that the parents used a belt to spank the children, including a belt with rhinestones. Based on the stipulated set of facts, the court held that hitting a child with a belt or another object is abuse and causes non-accidental harm; striking or hitting a child at any age can never be appropriate or reasonable discipline; the simple striking of a child with a belt causes pain and is abuse.

The UTah Supreme Court made the point that all the trial court had to do was require evidence of harm and that doing such would not have been difficult. Instead of doing that, the trial court decided to take a per se approach, which just was not supported by the definition of abuse.

Child Abuse and Spanking with a Belt Under Utah Law was last modified: August 16th, 2017 by Jerry Salcido
Posted in Violent Crimes